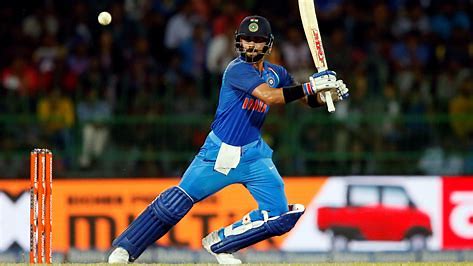 I am willing to go out on a limb and say most of the people reading this have no idea who is the athlete pictured above. He is one of the most recognizable figures on the planet. A nation of over one billion people follows him with a nearly religious fervor. He has 143 million Instagram followers, for comparison, LeBron James has 96 million. You know I am referring to Virat Kohli, of course. He is the captain of the India national cricket team.

The reason I bring up Kohli is he shows me what could be possible for the game of baseball. The baseball establishment is busy patting itself on the back for not messing up a game in an Iowa cornfield, based upon a movie that premiered in 1989. The powers that be in baseball love to look back to some imaginary good old days (The old days weren’t that great. Trust me.).  While the game was a rating success, this success was largely within the same subset of people who regularly tune in to sports. The audience of baseball skews heavily older and quite melanin deficient. Why not look at expanding the fan base beyond the traditional?

India is a country of over 1.3 billion people. They love cricket, which is a close cousin of baseball. I won’t get into the rules and other minutiae of the sport, but understand it is a simple crossover from cricket to baseball. This means a person unfamiliar with baseball will have a low barrier to entry with the people in the second-most populous country on the planet. There was the Disney movie from 2014 called Million Dollar Arm, which gave an account of Rinku Singh and Dinesh Patel, two Indian men who signed to play minor league baseball after a contest in their native country.  Neither player made it to the big leagues, but it goes to show the market for the game can be grown with proper care and concern. Using the existing cricket grounds for baseball has been done before; the most recent example was the Dodgers opening the 2014 season in Australia with a series against the Arizona Diamondbacks. 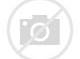 This basketball player is Guo Ailun. He is another player you may not have heard of him, but Michael Jordan has. He is the first Chnese player signed to Jordan Brand. He plays for the Liaoning Flying Leopards in the Chinese Basketball League. Jordan Brand sees the potential of having him aid in their efforts to make inroads into China, the most populous country on the planet. This is a market any league would love to be involved with. The NBA has started this process, so why can’t Major League Baseball get with the program? Baseball is extremely popular in Japan, South Korea, and Taipei. This shows the sport is popular in that region of the globe. The Chinese have started developing baseball. The nation qualified for the World Baseball Classics, going back to the original tournament in 2006. We all know Major League Baseball will do just about anything for a dollar, and China is one of the leading economies in the world, so the geo-political landscape won’t matter too much here. It can only be a boost to the developing baseball culture in the country to see the game played at the highest level. Out of 1.4 billion people there has to be a few guys who can play big league quality baseball with the right instruction. 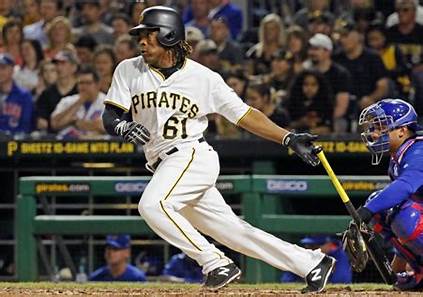 The last place I would like to see baseball explore actually has produced a major league player. Gift Ngoepe is the first player born and raised on the African (Reminder, it isn’t a country.) continent. He is a native of South Africa. While he was no star as his .181 average in 72 at-bats will attest; the fact of the matter is he made it to the big leagues. That is 72 more at-bats than most of us will ever get. I find it hard to believe he is such and anomaly to the point he is the only person from Africa capable of playing Major League Baseball. The continent has 1.29 billion people, spread among 54 countries. The world of soccer is filled with players from Africa, so this is another untapped market. Ngoepe’s natvie South Africa is another nation with a rich cricket tradition, so there should be less of an issue with adaptation to baseball. I can acknowledge the questions of finances in a lot of the African nations, but I would say start with South Africa and expand from there. Games in one of the stadiums from the recent World Cup could be an easy way to get the project off of the ground.

A quick mention about the plight of the players. I am aware games in these locations will be a heavy burden on the guys on the field. But playing in some less traditional markets will be another avenue for some of the players to continue to earn a living. We all know guys play in places like Japan, Korea, and Mexico in order to stay in a uniform. More options to play will ultimately lead to more pay for the player. All it will take is a Chinese billionaire (about a third of the billionaires in the world are Chinese) to want to build a super team and the flood gates would open. Who doesn’t think Shohei Ohtani would bring the crowd to a game in Macau?

I would love to see baseball have a larger presence globally. Of the four major sports in America it is the most diverse in terms of the player pool when using nation of origin as the measure. Yan Gomes from Brazil and Max Kepler from Germany show we can find players from nations where soccer is clearly king. I can easily envision the World Baseball Classic becoming the World Cup equivalent, with credible teams coming from around the world. Baseball has lots of room to grow, show pandering to old guys in order to get them to shell out well over $1,000 per ticket for the game in Iowa is callous and unimaginative.