As next Wednesday marks the beginning of September, I thought it would be a good time to see how the standings are shaping up. I have been looking a lot at the off-field aspects of the sport which fascinate me, but the games are always the main thing. Nothing else matters without the wins and losses.

September will bring with it a special brand of baseball. The teams which out of contention will be giving at-bats and innings to younger players in order to evaluate if they will be a part of the team’s future. These teams juxtaposed against the teams in the race make for some interesting baseball. Gone are the days where clubs could call up their entire 40-man roster in September, but 28-man rosters can be plenty intriguing. Division races will likely be decided by which ballclubs can better navigate the schedule filled with also-rans. With that being said, let’s see what has been going on in the divisions.

National League West: This division still has the two teams with the top two records in baseball. The San Francisco Giants lead the way. They are what a team can look like when it lacks obvious weaknesses. The Giants’ primary weapon of choice is the long ball. They currently lead the majors with 193 home runs. Second in the west are the Los Angeles Dodgers. They lead all of baseball with a +211 run differential9(Runs scored minus runs allowed). This is indicative of being the actual best team in the league, despite the win/loss record. They have very similar underlying numbers to the Giants. The run differential is the greatest difference. The San Diego Padres have seen their playoff odd crater to 21% over the course of August. Injuries have been the main culprit here. Losing Drew Pomeranz, Dinelson Lamet, and never having Mike Clevinger was always going to make this tough. Fernando Tatis moving to the outfield to protect his injured shoulder was not part of the plan either. The fact the Colorado Rockies are 14th in the league in runs scored should be the most solid indicator the season is not going according to plan. They are 16th in pitching WAR, so maybe they are figuring out something there. The same cannot be said for the Arizona Diamondbacks. They are 29th in pitching WAR and 23rd in offensive WAR. Nothing much to see in the desert. This division is all about the Giants and the Dodgers racing to the finish line. 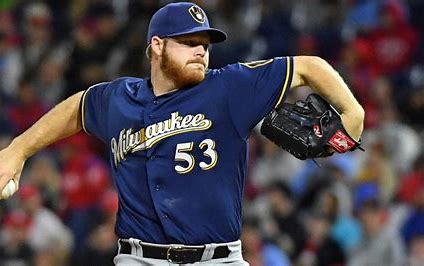 National League Central: This divisional race is long since over. The Milwaukee Brewers have basically disappeared over the horizon, as their 7.5 game lead will attest. The three-headed hydra of Corbin Burnes/Brandon Woodruff/Freddy Peralta is the primary reason they are third in the majors in pitching WAR with 19.0. The Cincinnati Reds have a lot of people asking “Where did these guys come from?”. They have gotten where they are on the strength of being 14th in pitching WAR and 10th in offensive WAR. A resurgent Joey Votto (.275/.371/.562) and Luis Castillo (7-13, 4.29 ERA, 3.92 FIP, and 151 strikeouts in 151 innings) make them just dangerous enough in a wild card scenario. The St. Louis Cardinals are a team in the perfectly mediocre column. 20th in pitching WAR and 14th in offensive WAR is perfectly in line with their 65-62 record. Losing Jack Flaherty for an extended period was one of the main contributors to their demise. The Chicago Cubs took the nuclear option when they blew their team up at the July 30th trade deadline. The Pittsburgh Pirates are simply cannon fodder for everyone else as they look towards 2022. The Brewers will a dangerous opponent in a playoff format due to their three excellent starters, plus Devin Williams and Josh Hader as a quality back end of the bullpen.

National League East: This division was turned upside down over the last month. On July 31st, the New York Mets had a 4.5 game divisional lead. They now find themselves 8.5 games back. The Atlanta Braves were 6.5 games back at that point, but now they are in first place, with a 5.5 game lead. The Atlanta Braves are the only team in the division with a positive run differential at +88. This goes to show how suspect this whole division is. 11th in offensive WAR and 10th in pitching WAR is not a team to be feared in the playoffs. The Philadelphia Phillies are 15th in offensive WAR and 13th in pitching WAR. 64-64 seems just about right for them. The Washington Nationals sent two of their three good things to Los Angeles at the trade deadline, leaving Juan Soto to hit .300/.444/.509 in the safe comfort of baseball obscurity. The Miami Marlins are continuing along the road of their latest rebuild. The one thing they do well is play defense. The Marlins are third in the league with 43.7 defensive WAR, but they have a long way to go with the bats. A team that slashes .236/.303/.377 is not scaring an opposing pitching staff. The NL East is the weakest division in baseball as I see it.

American League West: The AL West has a clear villain, but that does not mean they are not a quality baseball team. One has to commend Dusty Baker for the job he is doing with the Houston Astros. He has really taken a lot of pressure off of the players in the fallout from their cheating scandal. The Astros are 1st in offensive WAR and 11th in pitching WAR. The team ERA of 3.64 is running ahead of their 4.08 FIP, so there is room for things to go sideways in October once the completion ratchets up. The Oakland A’s are surprisingly 7th in offensive WAR and 8th in pitching WAR. It is a bit surprising to see them struggling to hang around the playoff picture. One of the reasons Oakland is struggling is the emergence of the Seattle Mariners. They are 15th in offensive WAR, but 27th in pitching WAR. The fact the Mariners are one game behind the Oakland A’s is a minor miracle. They are likely waiting for the clock to strike midnight, but we can enjoy the ride while it lasts. The Los Angeles Angels are a simple yet confounding team. They are 20th in offensive WAR, but this is what happens with a team that loses Mike Trout for months. Their being 17th in pitching WAR was better than I would have guessed; their 4.80 team ERA is worse than their 4.30 FIP. Having the second-worst defense by WAR(-36.60 will do that to you. The Texas Rangers are the American League Marlins, with the seemingly constant rebuilds. Being 28th in offensive WAR and 30th in pitching WAR means a rebuild is needed. 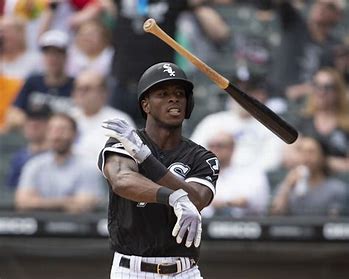 merican League Central. This division was done from day one. The Chicago White Sox were the only team actually trying to put a winning team on the field this season. The White Sox are 1st in pitching WAR and 5th in offensive WAR. Playing against the motley crew of teams in their division will help bouy all of their numbers. The Cleveland (soon to be) Guardians were going for mediocrity at the outset of the season and having the 22nd ranked club by offensive WAR and 18th by pitching WAR while sporting a 63-63 record, I would say mission accomplished. The 62-67 Detroit Tigers have had their Miguel Cabrera 500th home run to celebrate, but little else. Maybe things will look brighter once Spencer Torkelson makes his way to town. The Kansas City Royals are hoping for some Bobby Witt Jr. magic at this point of the year. Being 26th in offensive WAR has to make them hope better days are on the horizon. Asa Lacy, Daniel Lynch, and perhaps Brady Singer or Jackson Kowar will help them improve from 21st in pitching WAR. The Minnesota Twins are a testament to what can go wrong during a baseball season. They had to expect Byron Buxton to miss time, but they couldn’t have suspected he would be second on the team in WAR 2.7 in only 110 plate appearances (Jorge Polanco is first at 3.4 in 505 plate appearances). This division contains only one competitive team; the rest are baseball’s version of fly-over territory.

American League East: The more things change, the more they stay the same. The Tampa Bay Rays are in first with a random collection of guys most of America would be hard-pressed to recognize. They are 3rd in offensive WAR and 5th in pitching WAR. Brandon Lowe .235/.339/.502 and Mike Zunino .209/.296/.554 lead the way offensively. They did not fall apart when Tyler Glasow went down. Shane McClanahan, he stepped up and provided quality work in his absence. The New York Yankees are hoping to chase the Rays down. They are 12th in offensive WAR and 4th in pitching WAR. Players like Johnathan Loasiaga, Nestor Cortes, and Luis Gil have been invaluable this season. The Boston Red Sox did their best Mets imitation by falling out of first place after the All-Star break. They are 7th in pitching WAR and 8th in offensive WAR. The killer for them is their defense, as the -8.7 defensive WAR will attest. The Toronto Blue Jays are another confounding team. They are 6th in offensive WAR, but 22nd pithing WAR. Robbie Ray leads the league in strikeouts; they added Jose Berrios at the trade deadline. They also have Vladimir Guerrero Jr. going for .310/.406/.591. Unfortunately, all they are doing is backing up from the wild card race. The Baltimore Orioles are a blight on the MLB neighborhood. They are 40-87. They will be lucky to win 60 games having consecutive 100-loss seasons does no one any good.

September will be fun as it is the business end of the season. There is no more saying it is early and not to panic. if things aren’t where your club wants them to be, then it is high time to panic. Time to keep an eye out for the call-ups and the guys at the end of the road.