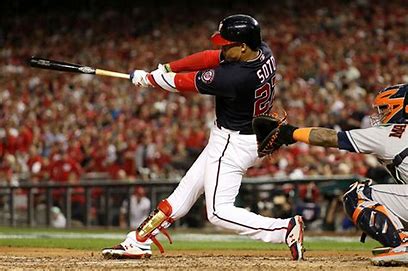 For the sake of simplicity,  all players born outside of the United States, Puerto Rico, and Canada as considered international free agents. Foreign-born players may sign contracts with professional clubs if they are 16 years old or older. Every club is given a pool of money to sign international free agents. The smaller market clubs have more money than large market clubs; the international bonus pool money can be traded, unlike draft picks. Team bonus pools were approximately $6.2M on the high end to about $4.6M on the low end.

Usually, the international signing period is from mid-June until July 2. COVID had other ideas about that. This conveniently adds an opportunity to have the draft the Rule 4 draft changed to a full international draft, where the players who are currently signed as international draft will also be included in the draft process. For the record, I am opposed to the draft in all forms. Players should be allowed to sign with whichever organization they choose. People in other walks of life get to pick their employer, so why can’t athletes in American sports? Things such as treatment of minor league players would start to be addressed if players could sign wherever they liked since a club that mistreats their minor leaguers will have a harder time attracting new players to sign with them.

This isn’t to say the current setup for the international players isn’t flawed. Many of the players from baseball playing countries come from impoverished backgrounds can make the whole process murky. Back in 2006, the Washington National got defrauded by former Major League pitcher Jose Rijo as part of a signing bonus scam. Upon the recommendation of Rijo, the club signed a player who had lied about his name and age; he claimed to be 16 when he was in fact 20. He received a $1.4M signing bonus and then kicked $300,000 of it back to Rijo.  Rijo was charged in the Domincan Republic with fraud and the Nationals’ General Manager at the time, Jim Bowden, lost his job as a result of this episode.

In the Dominican Republic there are people known as “buscones” who will sign up proming players before they are eligible to sign professional contracts; the players can be as young as 12 or 13 in many instances. They will train, feed, and clothe their players, sometimes for years, in exchange for substantial portions for the signing bonus the player may receive. Clubs know to stay on the right side of whichever buscone they are dealing with for fear of losing access to the players he has in his pipeline. There is also the natural offshoot from this where the players will be steered to sign with certain clubs based upon the relationship between the club and the buscone.

One consequence of a tighter immigration policy in the U.S. is there are a lot fewer examples of players having flaisfied names and ages because of the associated visa problems a dodgy background can creates. Clubs now know with a fair amount of certainty the 16 year old they are signing is truly 16. The one variable the clubs cannot control is determining if the kid is all natural or chemically enhanced. Steroid abuse within this subset of players is not uncommon. For many it is worth the risk to their professional fortunes and possibly their longterm health to take performance enhancing drugs because a seven figures signing bonus if life changing in their home country. Many buscones swear their kids are clean, but it is hard to tell. In my mind, the behavior is akin to horse doping as the athlete is an unwitting pawn in a larger game being played by the trainer. How many 12 or 13 year plds are sophisticated in matters concerning performance enhancing drugs?

The whole international free agent process does need and overhaul, but I know adding these players to the regular draft is not to their benefit. It merely limits their bargaining power. This does not benefit American born players either as the draft bonus pools are unlikely to be changed to account for an entirely new class of player being added into the mix. There will be fewer dollars for the American kids who now will have to compete for their piece of the pie with kids from other countries who have been drilling extensively in the game of baseball for years. The only ones happy about this will be owners as they won’t have to pony up as much money to access premium amateur talent.